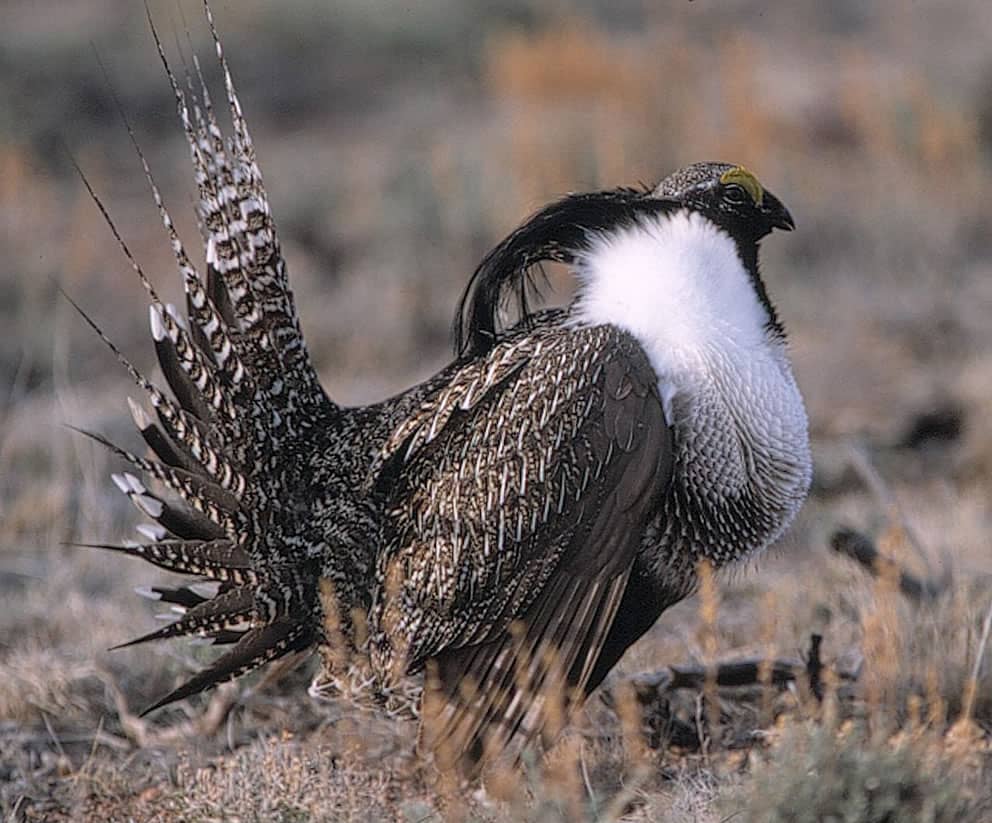 Join Us!
View the
Gunnison
Sage-grouse
in April!

Sisk-a-dee (the Shoshone word for sage-grouse) is a 501(c)(3) non-profit organization completely dedicated to the conservation of the Gunnison Sage-grouse and the Sagebrush ecosystem. The Gunnison Basin holds the largest remaining population of Gunnison Sage-grouse in the world (87% of the global population). The grouse population has declined precipitously over the last century and currently numbers less than 4,000 individuals.  Along with a declining population, their habitat has been lost, fragmented, and degraded and no longer has the capacity to sustain historic numbers of grouse.  In the last 25 years, a diversity of stakeholders have collaborated with the vision of restoring sagebrush habitat and sage-grouse populations. Sisk-a-dee is one of these stakeholders and partners with federal, state, and local governments, landowners, researchers, land managers, environmentalists, recreation advocates, and others to implement Gunnison Sage-grouse conservation measures.

​Birders from many parts of the world have visited Gunnison in order to view the grouse which was named as a distinct species in 2000. Sisk-a-dee coordinates the Gunnison Sage-grouse Watchable Wildlife Program in partnership with Colorado Parks and Wildlife, Western Colorado University, and the Gunnison Basin Sage-grouse Strategic Committee.  While the Gunnison Basin Rangewide Conservation Plan and the USFWS Gunnison Sage-grouse Recovery Plan recognize recreational use of the Gunnison Sage-grouse during the spring lekking season as a viable human activity, this activity also represents a potential impact on grouse population status.  Therefore, Sisk-a-dee has developed protocols for viewing and for managing the Watchable Wildlife Program. Students from Western Colorado University provide an important service as they collect data on grouse numbers and behavior – as well as human interactions – every morning during the spring viewing season.

Why do people want to view the Gunnison Sage-grouse?

The rare Gunnison Sage-grouse has been congregating every spring for eons on openings in the sagebrush called leks where the males perform highly ritualized and extravagant mating displays.  These highly visual displays show off their bizarre plumage while low frequency vocalizations accompany the dance moves.  These sounds act as acoustic beacons announcing the mating season far and wide.  The females, which are a third smaller than the males, and have cryptic coloration appear as a separate species, but they choose which males they will mate with.  Remarkably, a large majority of females agree which males are most “attractive” and will lend the best genes to their eggs.  The females watch as the males take two steps, deeply inhale, lift their wings, thrust their heads and fling wildly thick and long ponytails forward while bright yellow air sacs arise astonishingly out of their snow-white chests.  Over and over on frosty spring mornings the males vie for status and mates while females discern fitness and choose their partner.  The partnership is short-lived, really only seconds, after which the females may begin the search for a nest site and males have no further investment in the chicks beyond the copulatory moment on the lek.

You really have to see it for yourself!

Southwest Colorado and southeast Utah are the only places in the world where the threatened Gunnison Sage-grouse resides and Gunnison County is privileged to offer a place where guests and residents alike may view this unique bird performing its spectacular breeding dance: the Waunita Watchable Wildlife Site. This State Wildlife Area is located 19 miles east of Gunnison just north of U.S. Highway 50 (see Viewing Site page for directions).  There are three ways to view the grouse: 1) from the viewing site parking lot in your own car, 2) in a viewing trailer that is available for reservation, and 3) by joining one of Sisk-a-dee’s programs that include an evening viewing followed by a lek visit the following morning (see Events tab).  Sisk-a-dee and our partners have established clear protocols to allow viewing of the grouse while striving to reduce visitor impacts on the bird.  Please browse this site, review the viewing rules, and do your part to conserve the Gunnison Sage-grouse. The site typically opens on the first day of April and closes on 30 April.  The site is closed before and after these dates and for one week in the middle of April to protect the grouse from excessive disturbance.

Sisk-a-dee was founded in 2000 to conserve the Gunnison Sage-grouse and the sagebrush ecosystem in the Gunnison Basin, Colorado.