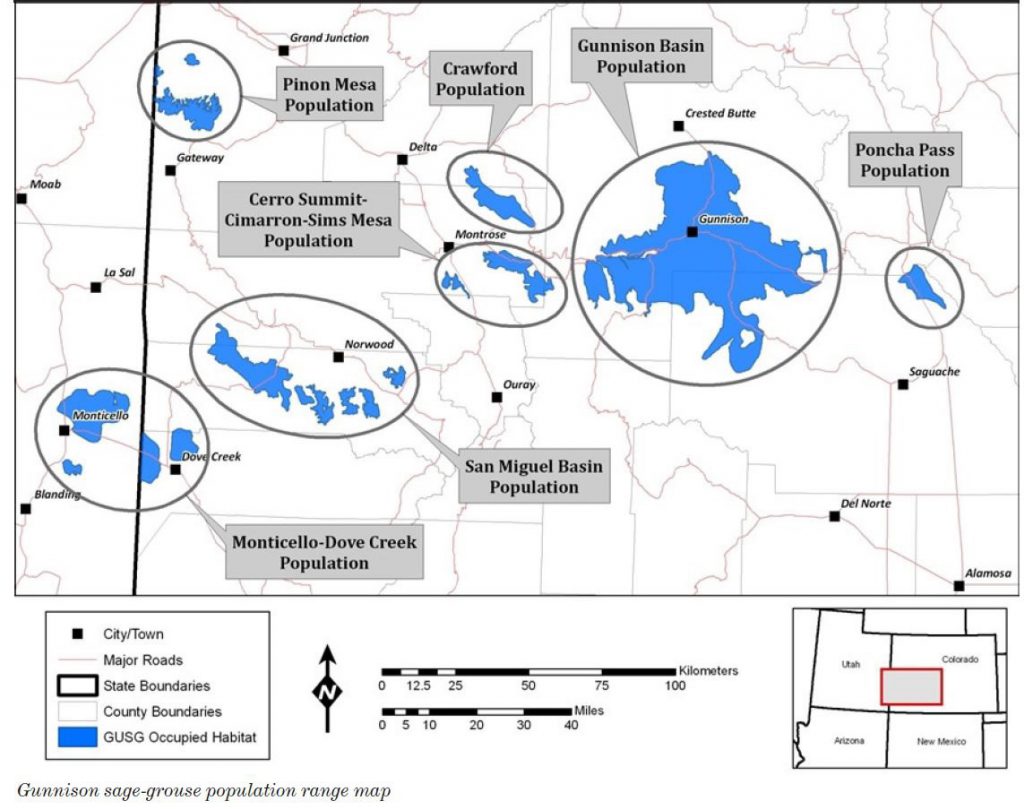 Overview:
The Gunnison Sage-grouse are close relatives of the largest species of grouse in North America, the greater sage-grouse. These grouse rely heavily on intact habitat dominated by sagebrush.  The sagebrush ecosystem’s plants provide food and cover for the birds year-round.

Location/Range:
Gunnison Sage-grouse are found specifically in southwestern Colorado and southeastern Utah within seven isolated subpopulations with all but 1 steadily declining as time has gone on. These grouse are classified as threatened and protected under the Endangered Species Act with less than 3,000 birds total across all 7 populations.

The birds partake in intricate mating rituals on relatively open areas called leks that occur within the sagebrush ecosystem.  Male sage-grouse begin arriving on leks typically in March and faithfully visit the lek daily until mid-May.  The females gather around the males as they perform their dances to evaluate the most suitable mate. Eventually, perhaps after several mornings of assessing males, a female chooses a male and invites mating.  After mating the female wanders off the lek and into the sagebrush where she finds a location to build a nest and lay her eggs.